Jane Gilmor’s art is concerned with social issues, found situations, and psychological narrative.
Her work is an amalgam of intuitive responses to personal experience and cultural critiques
of contemporary society. Her latest installations, extending from her Containers for the Self series,
present wearable structures activated with robotics as well as room-sized walk-in books covered
with etched metal found notes and embedded with video.  Her search is for those entanglements
of image, language and space through which we try to locate our own identity. 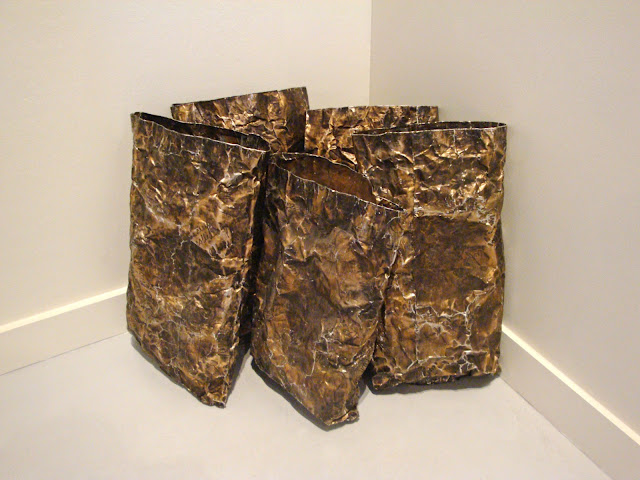 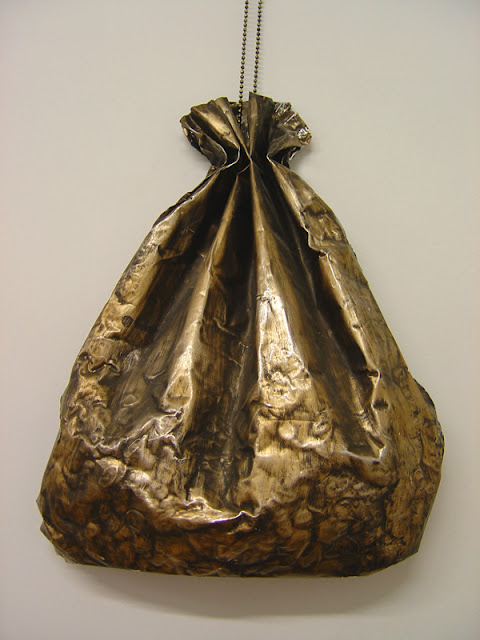 BIO
Jane Gilmor attended The School of The Art Institute of Chicago and has an MFA and MA from the University of Iowa in Iowa City. She has exhibited nationally and internationally for the past 35 years. In 2011 she was one of five artists selected nationally to receive a Tanne Foundation Award for her work as an artist.

In addition, she has received an NEA Visual Artist's Fellowship, a McKnight Interdisciplinary Fellowship, and residency fellowships in Ireland, Italy, London, and at The McDowell Colony. In 2003-04 she was a Fulbright Scholar in Portugal. Her most recent solo exhibitions were Blind at A.I.R. Gallery in New York, The Architecture of Migration: I’ll be back for the cat, at Long Island University in Brooklyn, 2009, and in 2010-11 she completed a year-long community-based project and major installation, Un(Seen) Work, at Grinnell College for the exhibition Culturing Community. In 2008 she co-curated Where are You From? Contemporary Portuguese Art, with Lesley Wright, Director of the Faulconer Gallery, Grinnell College.

Jane Gilmor: I’ll be back for the cat, a career monograph written by art historian and critic Joy Sperling was published by A.I.R. Gallery in New York in 2012. Gilmor’s work has been reviewed in journals such as The New York Times, The Chicago Tribune, and The New Art Examiner and is included in several books including Lucy Lippard’s, OVERLAY: Contemporary Art and the Art of Prehistory; and Broude and Gerrard’s The Power of Feminist Art: The American Movement of the 1970’s History and Impact, Abrams, 1993; and Pioneer Feminists: Women Who Changed America, 1963- 1976, B. Love, University of Illinois Press, 2006. In 2009 she was a contributor to Cabinet magazine.