The drawings in this show were all produced during a residency fellowship at the
VCCA (Virginia Center for the Creative Arts) in September of 2012. I am grateful
to the VCCA for the time away from the world in which to focus my creative energy
and for generosity from the fellows in residence at the time.

My work is, in a general way, a visual response to the landscape. These particular works
are a continuation of a series started in 2010 and refer back both in time and memory to the
tidal fluctuations on the beaches of Cape Cod. At low tide one is able to walk out a mile
toward the horizon, discovering along the way that each section of wet sand has been
sculpted differently by the wave patterns of the receding tide.

Outside the window of my studio in the barn at the VCCA stood a cement stave silo that
was attached to the barn structure. The staves around the silo and the painted cement
between the staves brought me right back to those tidal bands of sand at the beach on the
east coast. In spit of the specific silo reference, I consider these works to be process drawings
and less about the specificity of place. 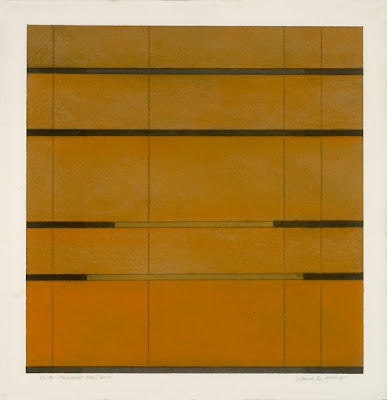 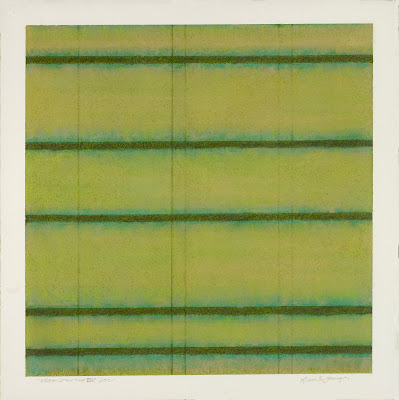 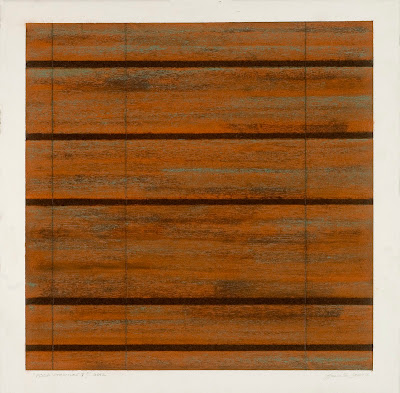 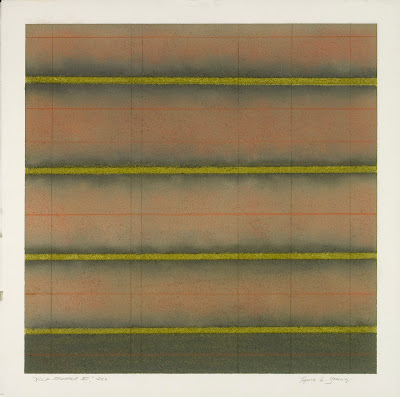 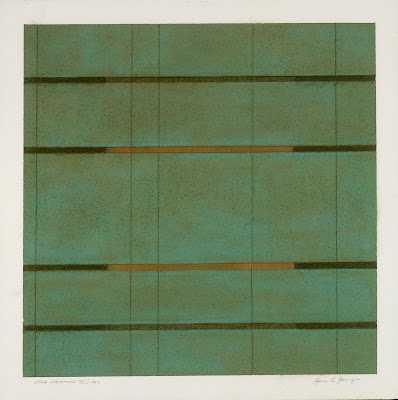 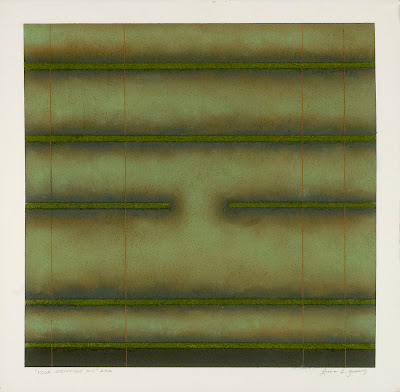 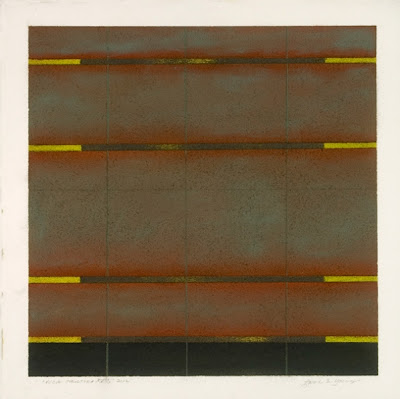